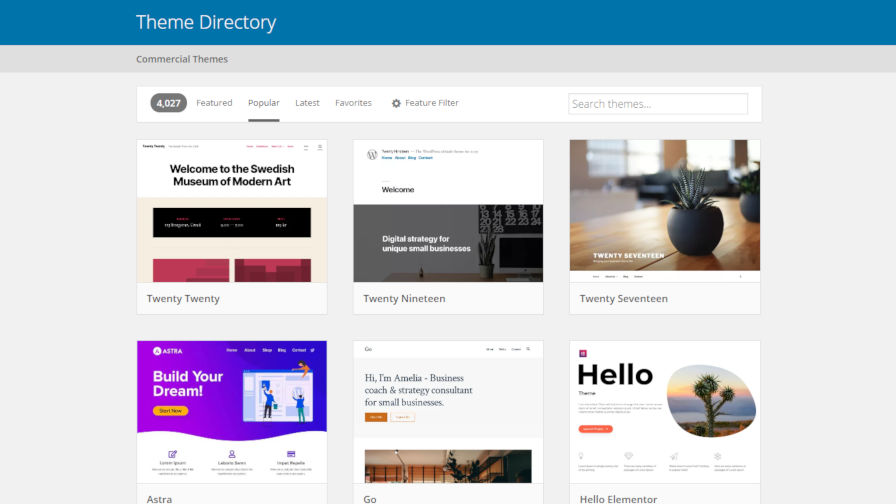 In collaboration with the core design and editor teams, the WordPress theme review team will begin hosting biweekly (fortnightly) meetings on the future of themes. The meetings will be held every other Wednesday on the #themereview WordPress Slack channel at 16:00 UTC. The first meeting is on February 5.

Phase 2 of the Gutenberg project is about tackling site customization. This covers everything from turning sidebars into block containers to redefining how themes will work in a block-based system in the coming years. The latter is a huge unanswered question. There are several ideas on how themes should be handled.

Kjell Reigstad, a design director for Automattic, proposed the meeting as a step toward answering the future-of-themes question. “The main thing I’d like to accomplish is to build up regular cross-team communication around the theme plus full-site editing work,” he said. “There are so many potential changes on the horizon, and we really need perspective from both the Gutenberg folks and theme authors. I know it’s difficult to keep up with all the development happening, and I thought this dedicated meeting would be a great place to stay up to date and share ideas on a regular basis.”

Currently, the agenda for the first meeting is still open but should be posted next week. Anyone who wants to participate or make sure an idea sees discussion, should let the team know in the announcement post’s comments.

“I’d initially like to try and get everyone on the same page in terms of what’s happening already on the Gutenberg front,” said Reigstad. “So for instance, the experimental block-based themes implementation and the global styles work. We’ll likely go over those a little bit, share links and updates, and then pivot into some discussion questions.”

Bringing in the theme review team is imperative for a smooth transition into whatever themes eventually become. “There’s already a lot of full-site editing work going on, and there are already experimental reference documents for block-based themes,” said Reigstad earlier this week in the team’s regular meeting. “It’s important for the TRT and the theme community to keep up to date on this work, and to develop a clear communication loop with the Gutenberg teams.”

There is some concern that the concept of full, block-based themes will simply be railroaded into core WordPress, regardless of feedback. Not all members of the theme review team or theme authors are supportive of the idea.

Theme reviewer Joy Reynolds pointed out in the announcement’s comments that using the phrase “block-based themes” in the meeting title shows bias in favor of themes made of blocks. “Why is the current Full Site Editing code outside the scope of the Customizer?” she asked. “What is the goal? Is it even something that makes sense for themes? Don’t we need a merge proposal? Or even a consensus on design before forcing these changes into core and having meetings about using experimental code as if it’s the only choice?”

These are questions that will certainly come up in the meeting.

Block-based themes already feel like a foregone conclusion. The initial code is currently in the Gutenberg plugin, albeit as an experimental feature. There is already documentation for building such themes. There is a core theme experiments repository Everything seems to be moving full-steam ahead in that direction.

Whatever direction themes end up going, the meeting will at least offer an opportunity for the community to add their input. For success, the editor, design, and theme review team members will need to find some common ground to begin their discussions.